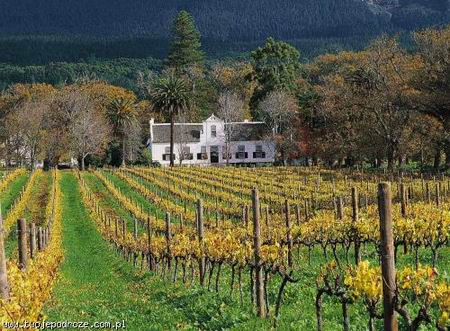 It is the orb-web spider, with anchor lines spanning up to 25 metres 82 ft. The webs are created over small streams and rivers, with a surface of 2,8 square metres. They are one of the biggest orb-webs worldwide. The spun silk produced by this spider species is well-known for its resistance and is regarded as tough biomaterial. It fixes the silk thread to a branch or a leaf and plunges in the deeps like a Bungee Jumper. While hanging, it releases silk threads 25 metres in length that are blown to the other side by the wind and stick there.

In contrast to the typical countries of bird watching, Madagascar is characterised by a high endemic rate of the avifauna. The best time to observe a lot of bird species is during the breeding season from September to October.

As with the dodo bird at Mauritius, the elephant bird Aepyornis maximus became extinct several hundred years ago. The flightless bird reached a size of 3 m and a weight of kg. Its eggs weighted between 9 and 12 kg. Eggshells are still found today in the South of Madagascar, where they are reconstructed and sold in souvenir shops. Despite the rising deforestation in Madagascar, new bird species are continually being discovered. The discovery of a new Madagascan wood rail Mentocrex beankaensis in by a team of native and American scientists in the dry forest of the Tsingys of Bemaraha was sensational.

Five bird families live exclusively in Madagascar: The vangidae, the coua, the courol, the ground roller and the asities. The formation of the beaks is specific to the species. The sickle-billed vanga Falculea palliata and the hook-billed vanga Vanga curvirostris are native to the dry forest of the Ankarafantsika National Park and the Kirindy forest. The helmet vanga Euryceros prevostii lives in the North of Madagascar, where it is native to the rain forest of the national parks of Masoala and Marojejy. The coua is also known as the crested coua.

The genus coua belongs to the cuckoo family albeit to its own Couinae subfamily. The Swiss ornithologist Dr Otto Appert focused intensively on the endemic subfamily. His unique colour photos of throat markings on young couas are very important. Four of the 26 publications by Dr Otto Appert regarding the Madagascan avifauna are dedicated to the coua. The couas are widespread throughout the country.

Two species live in the dry forest of Berenty: the giant coua Coua gigas and the crested coua Coua cristata. The blue coua Coua caerulea can easily be spotted in the rain forests of Ranomafana, Ambre Mountain, Marojejy, Masoala, Mangabe and Andasibe,. This coua is adorned with shiny blue feathers.

It is the predator of all tree chameleons and geckos. The main characteristic of all coua species is a blue ring around the eyes. The Coua delalandei species, one of the ten members of this genus, has already become extinct.

The ground rollers and mesites are a highlight not only for the ornithologists, but also for every traveller through Madagascar. They live primarily in the rain forest. The courol family is also part of this endemic group. For example, the Madagascan courol Leptosomus and its cousin Leptosomus mayottensis, which lives in Mayotte, are among them. The Comorian variant is smaller than the Madagascan one.

Meanwhile, the common myna Acridotheres tristis has become a real plague in Madagascar. At the beginning of the 20th century, it was brought from India to the eastern regions of Madagascar in order to decimate grasshoppers. Since then, this very adaptable species has reproduced in an uncontrolled manner so that they seriously threatened the indigenous bird species due to competition for food. Two migratory bird species winter in Madagascar: The Broad-Billed Roller Eurystomus glaucurus and the red flamingo Phoenicopterus ruber.

Many species of waterfowl are found in Madagascar, although the Madagascar Little Grebe Tachybaptus pelzenii is threatened of extinction. It was already regarded as extinct, but two years ago, a small colony was discovered near the Makira forest in the Northeast of Madagascar. For example, the purple heron Ardea purpurea , the goliath heron Ardea goliath and the knob-billed duck Sarkidiornis melanotos , the male of which is characterised by a knob at the base of the beak. For example, hawks, buzzards, harriers and sea eagles. The yellow-billed kite Milvus aegyptus is widely spread and prefers open landscapes as it is a scavenger.

The Madagascar harrier-hawk Polyboroides radiatus is native to the West of Madagascar, near the Kirindy forest and the Tsingy of Bemaraha, as well as in the Ankarana mountains and the Ankarafantsika National Park,. Wherever lemurs live, you will find the Madagascan cuckoo-hawk Aviceda madagascariensis. Along the avenue of the Baobabs in Morondava, sooty falcons Falco concolor live in the baobab trees.

The habitat of the Malagasy kestrel Falco newtoni , which can be compared to the European kestrel, extends from the central highlands of Antananarivo to the Isalo mountains.


During a night walk through the Berenty private reserve, you can observe many nocturnal bird species. The Madagascan nightjar Caprimulgus madagascariensis , the rainforest scops owl Otus rutilus and the Madagascar hawk owl Ninox supercialiaris almost always appear in the dry forest and in the Didiereaceae forest of Berenty. Since the middle of the 20th century, the hoopoe can be increasingly found in Europe and Africa.

The German proverb « Stinken wie ein Wiedehopf » literally: That smells like a hoopoe is derived from the secretion that it uses to protect itself against attacks by spraying a mixture of secretion and faeces at its attackers. The hoopoe prefers open landscapes and a warm and dry climate. Beside the couas, there are three cuckoo species in Madagascar: the Madagascar cuckoo Cuculus rochii , the thick-billed cuckoo Cuculus audeberti and the Madagascar coucal Centropus tulu.

The first two species are brood parasites and leave their eggs to be hatched by other birds. This way of living is typical for cuckoos, but not every cuckoo is a brood parasite. They feed primarily on caterpillars. The red and brown plumage of the Madagascar coucal strongly differs from the colour of the others. There are only two species in Madagascar: the greater vasa parrot Coracopsis vasa and the lesser vasa parrot Coracopsis nigra. They live both in the dry and rain forests. During a hike through the Madagascan national parks, you can often observe typical behaviours of the birds.

Such a group often consists of crested drongos Dicrurus fortificatus , some vanga species, paradise flycatchers Terpsiphone mutata and some Newtonia species. You can often observe the malachite kingfisher Corythornis vintsioides , the African hamerkop Scopus umbretta , the cattle egret Bubulcus ibis and the great white egret Casmerodius albus along smaller waters or in rice fields. Among the rarest of Madagascan birds are the Madagascar pygmy kingfisher Ispidina madagascariensis , the smallest kingfisher and the Madagascar sea-eagle Haliaetus vociferoides.

As the former lives in the primary forest, its future is tied directly to that of the primary forest. The second species, with only roughly breeding pairs, is among the rarest sea-eagles worldwide. It can be found in three locations in Madagascar : at the Ravelobe Lake in the Ankarafantsika National Park, on the Mitsio islands and Sakatia in Nosy Be and on the River Manambolo in the Tsingy of Bemaraha.

A boat trip on the River Tsiribihina is recommended to observe the many water birds. The private bird park of Tsarasaotra in Antananarivo offers another good possibility for bird watching. There are about chameleons worldwide and more than 70 chameleons are endemic to Madagascar.

Regarding chameleons, there are two groups: typical chameleons Chamaeleoninae and dwarf chameleons Brookesiinae. They have three organs that are specially developed: Their eyes are big and they can move independently of each other. Therefore, chameleons can follow the movements of their prey without moving themselves. Their field of vision is ° horizontal and 90° vertical, also known as the panoramic view.

They can detect movement from a distance of m. 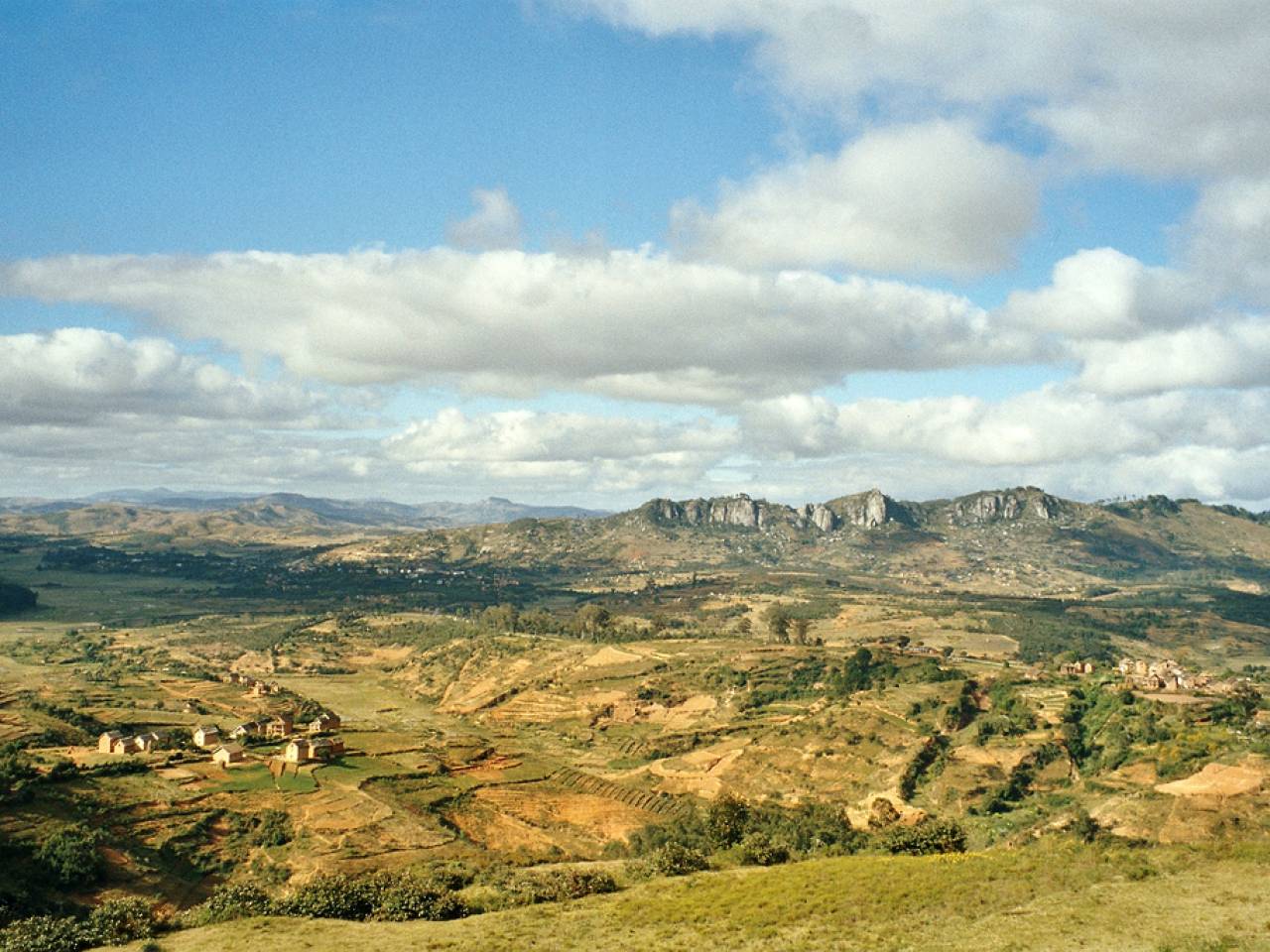 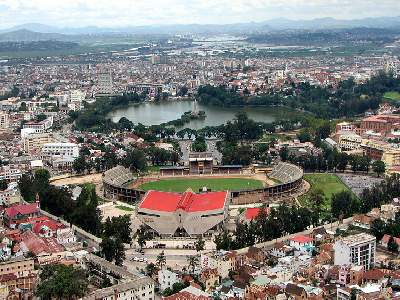 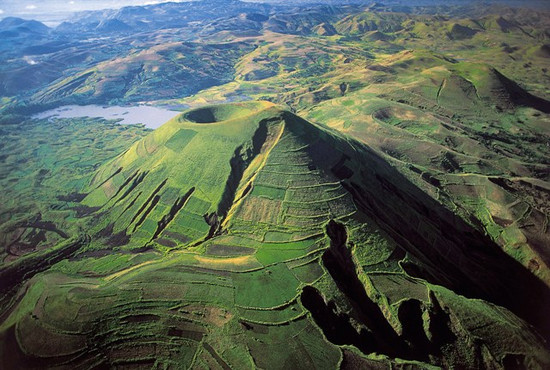