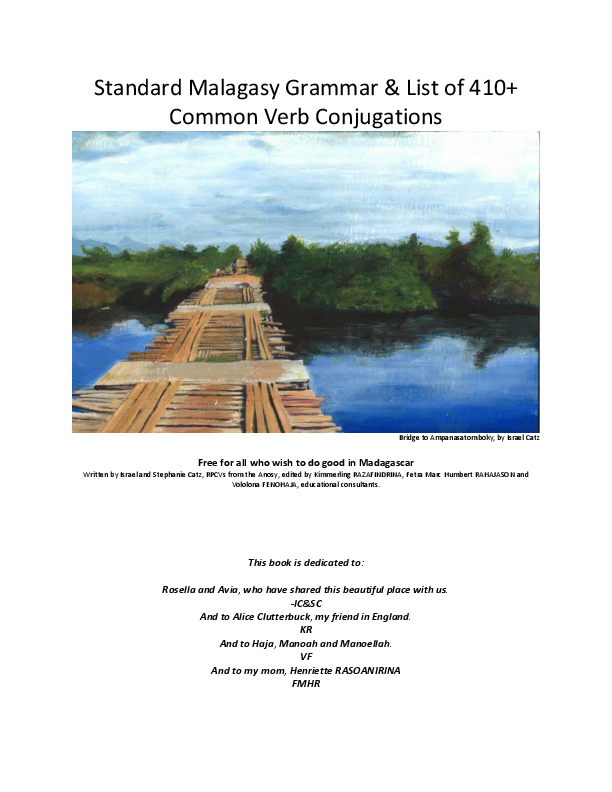 The word order in English is SVO [Subject Verb Object] e. I eat rice , although in practice Malagasy break this rule for emphasis on occasion [Subject Verb Subject] e. aho tsy mihinana vary-I don't eat rice. Generally speaking, Malagasy is separated into relative or situational , substantive, active and passive voices. Unlike in Enligh, in Malagasy the active voice and passive voice are used interchangeably. The most striking oddity for new Malagasy learners is that the passive voice can be used to construct an imperative.

This is hard to comprehend for English speakers who might ask how that could be possible: "the chair is sat on by you, right this instant! Nonetheless, passive imperatives are extremely common in Malagasy. Because of these oddities we present one controversial idea in this book that we think is worth investigating further, if by chance anyone is looking for a Ph.

thesis that could change the way people think about Malagasy. Our assertion is that the passive voice in Malagasy is not truly passive but early missionaries and linguist on the island incorrectly labeled this part of speech. Rather we posit that Malagasy evolved with two distinct active voices that follow the grammatical patterns of their linguistic grandparents. We argue that what is known as the active voice comes from the Andronesian forbarers and the passive voice which is structured with suffixes comes from Bantu descendants.

In short, we do not completely agree that haniko vary should be translated as the rice is eaten by me, but rather as I eat the rice. as haniko, haninao, haniny etc.

It can feel impossibly daunting to learn a language like Malagasy which has few English cognates and completely different syntax and grammar than most western languages. The best approach is to throw yourself recklessly and unabashedly into speaking, the way a toddler does. Make mistakes. Try using new words and play with the language. Especially in a language like Malagasy that has so much variation, native speakers have patience and are sympathetic listeners. Good luck! Alphabet and Phonemes a-long a as in father b-b as in boy c-not used in Malagasy-only in loanwords d-d as in dog but can be interchanged with l dr-similar to dr as in drive but also close to j as in jam e-e as in elephant f-f as in fin g-g as in goat h-h as in home i-ee sound as in meet.

Active voice is the best way to speak in the past and future tenses. The tense is easily identified by the first letter of the verb n for past, m for present, and h for future. Tsy nisotro rano aho. Tsy hisotro rano aho. Passive VoiceThe passive voice is much more difficult but very common so it must be understood. The passive voice is indirect and sounds out of place in English the water is drank by me but is more direct and often the prefered way of speaking in Malagasy.


It is used, I would argue, because the active voice requires the speaker to identify the subject or person at the end of the sentence with an additional word. The passive voice simplifies this by identifying the person in the same word as the verb. It is identified by adding a possessive direct object suffix to the verb. In that way it is similar to the conjugation pattern of romance languages.

Causal FormThe causal forms of verb and adjective are created by adding the prefixes: mampi, man, or maha to the adjective or verb in the active voice. This prefix makes tired reraka to tiring mandreraka. Ex: 1 To teach mampianatra becomes a teacher or teachers mpampianatra 2 To learn mianatra become a student or students mpianatra 3 To drink misotro becomes a drink or drinks zava-pisotro Subjects and Subject PronounsAs established in the active and passive voice overviews, the subject may be located: in the end of the sentence in the case of the active voice; or at the start of the sentence as the suffix on the passive root of the verb in the passive voice.

Ex: 1 Matahotra to fear becomes: matahora be afraid. Adjectival Affirmative ImperativeThe adjectival affirmative imperative is very complicated. There are ostensibly no rules that govern the patterns that turn an adjective into a command. The patterns may follow the patterns for verbs and they may not.

The exception is the rule. The Informal ImperativeThere is a passive and active imperative form for most verbs. A third imperative exists and is informal but commonly used. Ex: 1 Get to work……………. Tonga dia mampianatra! Tonga dia mamboatra ny tranoko! Negative imperatives in the Active VoiceThe negative imperative in the Antanosy language variant of standard Malagasy is produced in the active voice by beginning the phrase with aza.

Aza is a rough equivalent of Don't.

This is different than the official language which uses ka as a conjunction and aza for the negative imperative. Ka is a dialect which has the same meaning as aza. Ex: 1 Don't drink dirty water ……Aza misotro rano maloto. Adjectives and AdverbsAdjectives are used to modify and sentences that use adjectives do not need verbs to be a complete sentence, as in English ex.

he is tall because the to be verb da, or dia is optional. Adverbs modify verbs adjectives and other adverbs. This is a very short and basic list but is a good start. Vehivavy ratsy izy 2 Dimby is tall………… Lava i Dimby. Tsy ankanavaka. Tsy ankandefitra.

This structure is used to describe more abrupt or unexpected changes. Lasa lolovokatra aho. Changing intensity of adjectives and verbsRepetition of adjectives and verbs change the intensity of the word. Usually the repetition denotes diminishment of the word, but it can mean an increased intensity. Ex: 1 Sweet dreams……………………. Tafandria mandry. Changing adjectives into nounsTo turn an adjective to a noun simply add the prefix ha to the adjective and the possessive suffix to the end of the adjective. 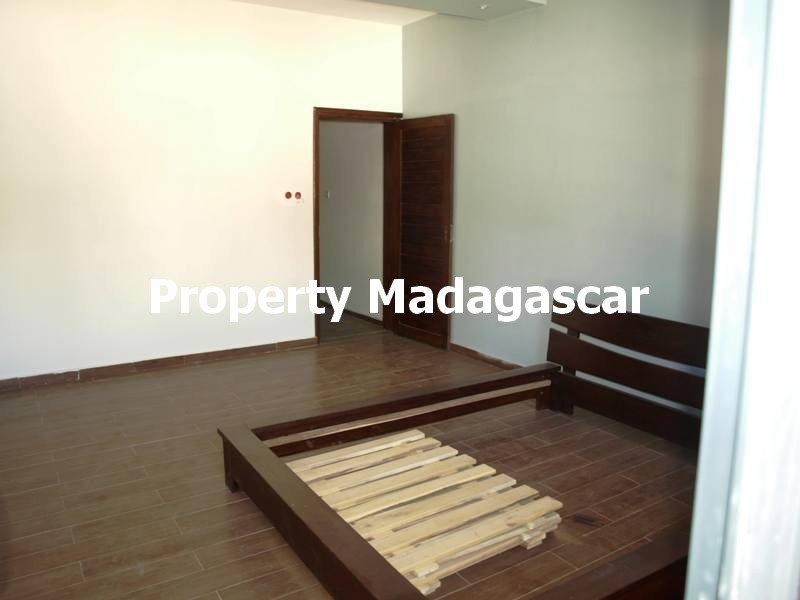 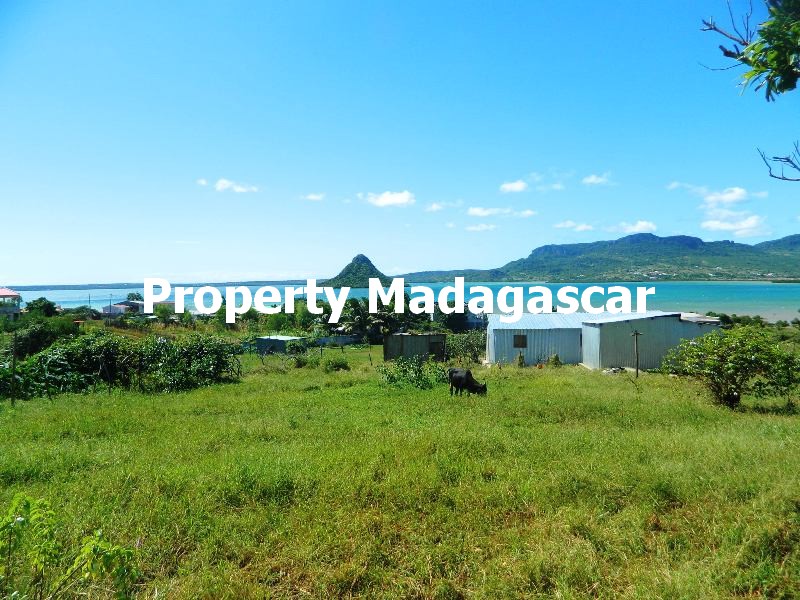 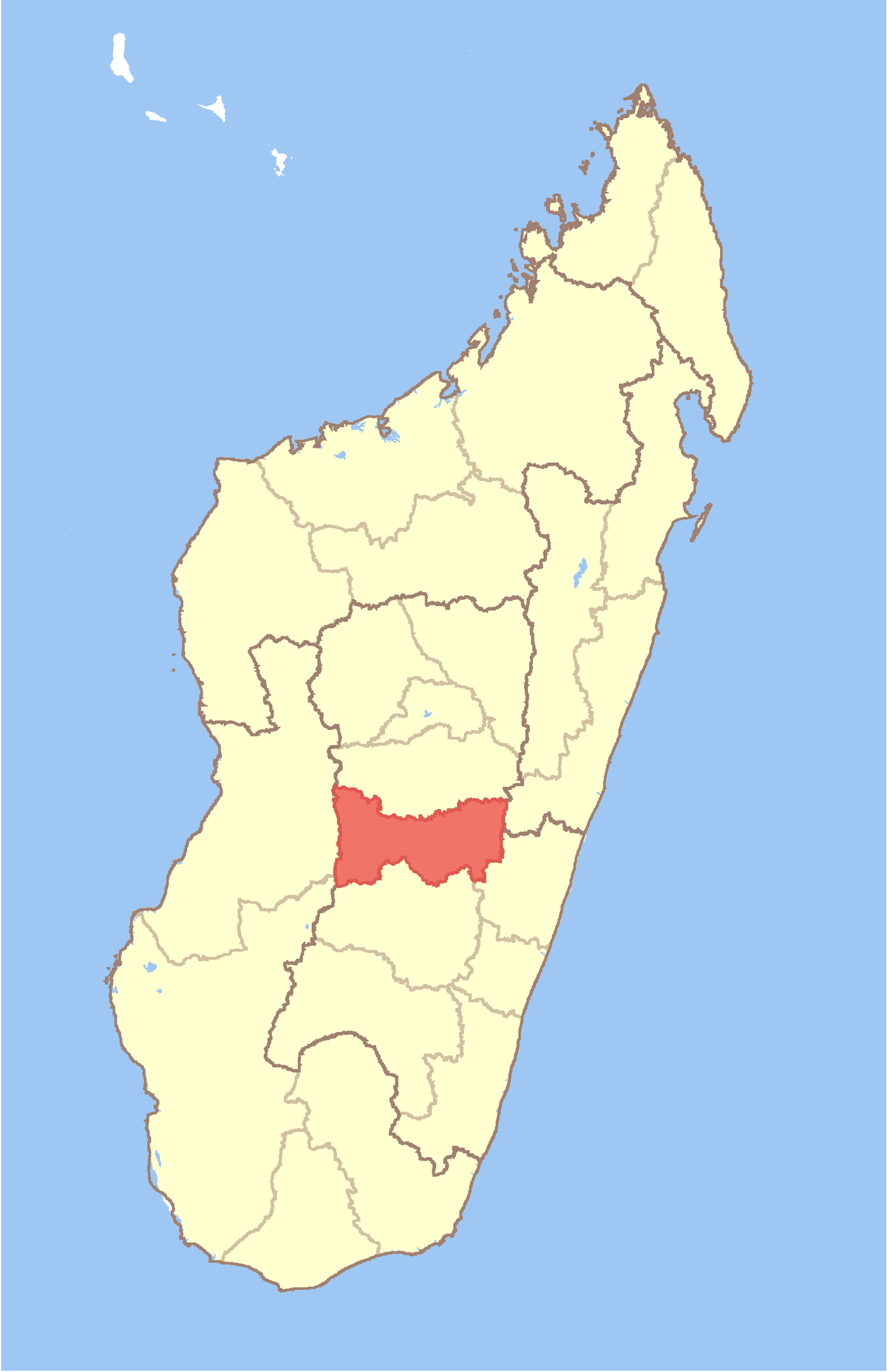 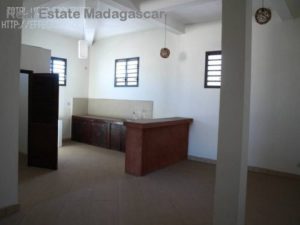